Hear The Angels’ Most Famous Album Live Near Pelican Cove 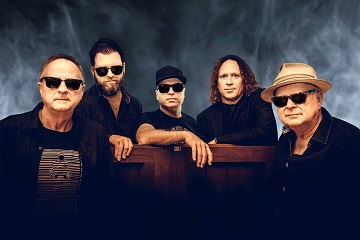 Celebrate the 40th anniversary of The Angels’ Face to Face with their brand new nationwide tour, soon to stop on the picturesque Gold Coast! For the chance to see one of Australia’s most iconic ‘pub rock’ bands this spring, book our budget-friendly Broadwater accommodation today.

For more than 40 years, The Angels have continued to be one of the country’s leading ‘pub rock’ bands with 13 studio albums under their belt and a number of ARIA Top 100 Singles Chart hits. Formed in Adelaide in 1970 by brothers John and Rick Brewster, The Angels have undergone several name and lineup changes throughout the years but still continue to perform all over Australia to this day.

Their most celebrated release, Face to Face, marked their second studio album featuring thee famous songs “Comin’ Down”, “Take a Long Line”, “Straight Jacket”, and “After the Rain”. The 1978 album has been certified 4x Platinum, and will now be making its 40th anniversary this 2018.

To hear all the iconic songs of Face to Face performed LIVE once again by The Angels, don’t miss them this 2018 with their new nationwide tour, which will be in light of Face to Face’s 40th anniversary. They’ll be stopping on the Gold Coast this November, and it’s not to be missed for their diehard Queensland fans.

Treat yourself to a night of nothing but The Angels’ Face to Face, where they’ll be performing the album in its entirety at the RSL Club in Southport on November 2. For accommodation near the RSL Club, stay at Pelican Cove and explore everything the Gold Coast has to offer whilst you’re at it; our Biggera Waters accommodation offers Southport and Main Beach at your disposal, as well as a close location to Surfers Paradise, Broadbeach, and the Gold Coast’s leading theme parks.